The other day I was wearing Maine stuff on my sleeve – and back and front and … . Well, you get the idea.

I woke a couple of days ago, had breakfast, showered and pulled on a T-shirt that just happened to be Maine stuff in my California apartment.

It is a gray University of Maine Black Bears T-shirt. 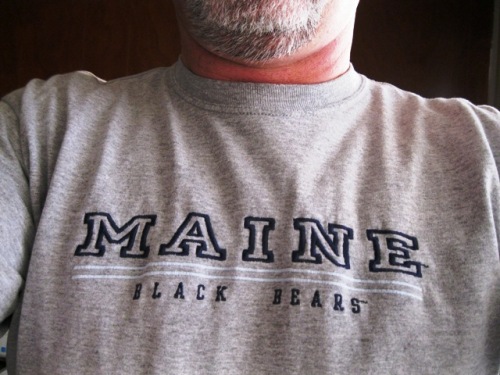 The university in Orono is the largest in the state system, I believe, and has a fine reputation as a state institution of higher learning and for some of its sports teams. It also is involved with research in alternative energy and providing housing – tents – for deployed servicemen and women that are more resistant to explosives than current housing.

The T-shirt was sent to me by my sister, as I recall, several years ago. I’m not sure exactly why she sent it since she and I both attended the University of Southern Maine with campuses in Portland and Gorham. (I believe there is now a satellite campus in Lewiston, as well.)

It’s a cool enough shirt, as you can see from the photo. 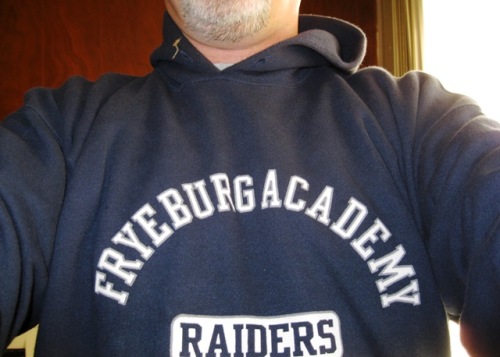 And as I was stepping out the door, I pulled on a Fryeburg Academy sweatshirt that my sister sent me a couple of years ago. Fryeburg Academy, in Fryeburg, Maine, is a college prep school and has a fine reputation. I like the sweatshirt very much.

So, I have plenty of Maine stuff.