Posted in Education and Schools, Maine 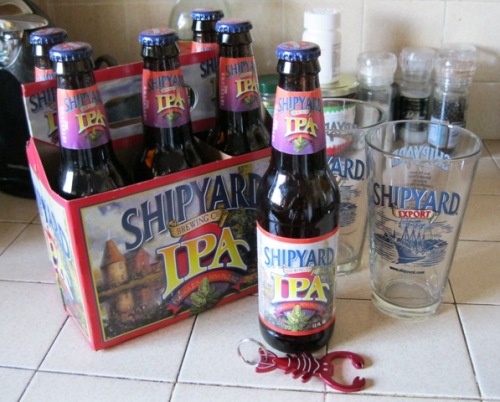 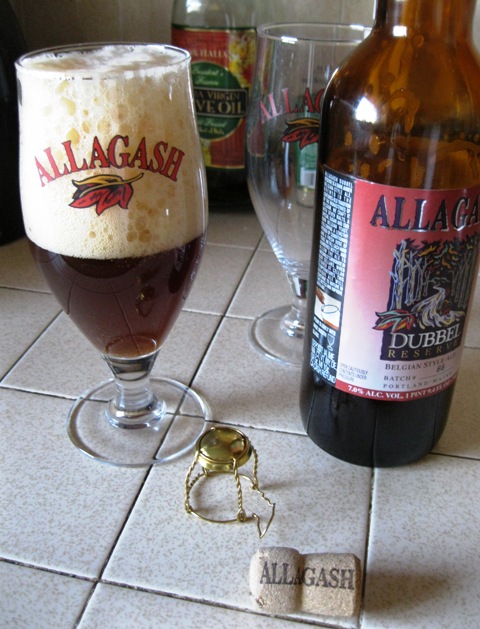 FORT KENT, Maine — Let Capistrano keep its swallows and Hinckley, Ohio, is welcome to its buzzards. Any Mainer knows the real harbinger of spring is ice-out.

Largely regarded as the time when a body of water may be navigated from one end to the other unimpeded by ice, the seasonal event has spawned countless contests, raffles, impromptu parties, webcams and even its own Facebook fans’ page for the lakes and rivers around the state.

This year, many of Maine’s lakes are already clear of ice days and even weeks ahead of schedule.

“This year is extremely unusual,” Tim Thurston, owner of Maine Lake Charts of Gardiner, said Thursday. “I would not be surprised if every lake in Maine has a record or near record for ice-out.”

Click on the link for the rest of today’s story by Julia Bayly in the Bangor Daily News.

Nah, the Allagash has to be longer than that … doesn’t it?

When I was a kid – I don’t remember how old exactly – my family and my Uncle Wally’s family loaded up canoes on various mode of land vehicle and we drove to north central Maine and camped near the Allagash Wilderness Waterway, of which the Allagash is the central component. The next day, we put in canoes and we paddled out way north – the Allagash flows northward – for nearly a week of paddling along the waterway.

DownEast.com today had a trivia question about the length of the waterway and I was surprised at the answer. It seemed a little short, from what I remember of that trip. But then again, I was a youngster sitting in the back of a canoe. It was a pretty sweet adventure.

As I recall, we had to pick up the pace a bit about midway. A Maine game warden caught up with us to tell us that a relative of my father had died. He wanted to make the funeral services so we paddled double-time after we got the word.

Here’s the question and answer.

How long is the Allagash Wilderness Waterway?

Trust me, it seemed much longer than 92 miles.

FORT KENT, Maine — There is little chance the forests and wild lands of northern Maine can ever be returned to their pristine state, but a group of conservationists sees no reason they can’t be at least partially restored and protected for generations to come.

RESTORE: The North Woods has advocated the formation of a multimillion-acre park or preserve in north central Maine since 1994, and on Friday the group’s director discussed the plan with students, faculty and guests at the University of Maine at Fort Kent.

“I can’t see another place in the United States where we could even be having this discussion,” said Jym St. Pierre, RESTORE director. “We are talking about 3 million-plus acres that could be acquired without disrupting people or communities.”

The area in question has long been the center of timber and logging operations in Maine going back to the early to mid-1800s when lumber from the great northern forest produced enough raw material to help Bangor become the lumber capital of the world.

Toward the middle and end of that century, the recreational value of the vast tracts of forests began to attract the likes of Henry David Thoreau and later Theodore Roosevelt, with the railroads billing it “America’s wilderness playground.”

Click in the link for the rest of today’s story by Julia Bayly in the Bangor Daily News.

I knew this day would come – a correction. Mickey Thibodeau took the photo of my Uncle Clayton Jandreau next to his new truck, a 1960 model, in the winter of 1960-61 in the street in front of his family’s home not too far from where my Uncle Clayton, my Mom and their siblings grew up in St. Francis, Maine. Mr. Thibodeau’s father, Phillip, is standing with my uncle. Mr. Thibodeau did not receive the photo from my cousin.

[Posted November 12, 2009 (See correction above): I wanted to get this photo up. I will post more later on it. The photo was e-mailed to me from another Mainer “from away,” Mickey Thibodeau, who now lives in Lake County, California. Actually, the photo comes from Mr. Thibodeau who received it from my cousin Cindy Jandreau. (Yep, the moose hunter.) The photo, taken in St. Francis toward Allagash, shows Mr. Thibodeau’s father, Phillip, and Clayton Jandreau (nearest truck), an uncle to Cindy and me. I am not sure when the photo was taken, but I am guess it had to be in the 1950s or ’60s.]

As I recall from family tales, one of the things my Grandfather and uncles did to get by was cut pulp to be used in mills. They used horses to haul the pulp from the woods to sidings or the nearest road where it was loaded – I am assuming usually loaded by hand – onto a truck to be taken to the mills. Of course, pulp is used for paper and other products.

I seem to recall a story my mother told me once that one of the horses they used to haul the pulp broke loose and was racing toward my Mom, who was pretty young at the time. If I recall the story correctly, one of her brothers threw her behind a fallen tree and the horse leaped over them and the fallen tree. It must have been a pretty exciting time for a little kid.

Mr. Thibodeau also mentioned an old parish hall in St. Francis my Uncle Warren – Clayton and my Mom’s brother and Cindy the Moose Hunter’s father – own and subsequently tore down. He later built a home there for himself, his wife Monica and their children.

I seem to recall that for a time – perhaps between when the building was used as a parish hall and when my Uncle Warren tore it down – that he ran a couple of businesses, including a barbershop and a pool hall/pinball parlor. I recall seeing photos of my first haircut and I am pretty sure Uncle Warren handled the shears that day. If the photos are any indication, I was not particularly pleased to get my hair trimmed.

For those who are unfamiliar with where St. Francis is located, it is on the border with Canada near where the St. Francis and St. John rivers meet. If you look at a map of the state, St. Francis is in the large notch at the northern border. Allagash, where the Allagash Wilderness Waterway ends to the north, is east of St. Francis. Fort Kent, Maine, to the east is where I was born.