X marks the spot, but it has nothing to do with pirates 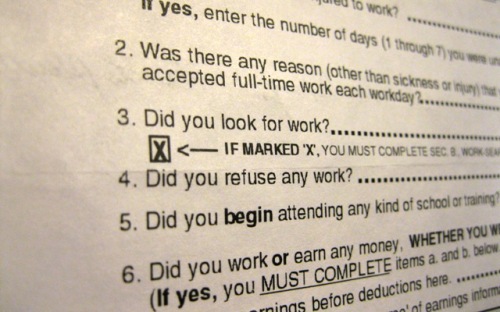 In ancient tales of pirates and their bold deeds, the ribbon of the stories’ plots with few exceptions twirled their way to one common element – booty.

And with few exceptions, a map to the booty included an X to mark the location where the booty – the treasure – could be found. X marks the spot, the saying goes.

Inevitably, the map was either faked, or the X really didn’t mark the actual location of the treasure or mutiny and treachery prevented story stakeholders from learning the final disposition of the buried booty.

Or there was no treasure in the first place.

Of course, in most cases X didn’t actually mark the spot. Instead, it symbolized other things – greed mostly, but also dreams, aspirations, hope, and, since we are talking pirates, lots and lots of grog.

For me, however, an X this week meant a completely different thing.

It means that thread-worn safety net called unemployment insurance – simply UI for those of us unfortunate to have needed it – is coming to an end. Without further congressional action, many of the 15 million Americans out of work will also be out of luck.

You see, there is a box on the front of unemployment insurance continued claim form, under question No. 3, to be precise – that until this point had gone unfilled. The unemployment rate had been so high, the extensions coming, and other factors, that people legitimately out of work did not see the X in the box.

The X means someone on UI must turn over the form and fill in the information on the companies at which the claimant has applied for work. Seeking employment is a requirement of continued UI, but without the X to mark the spot, a claimant needed only answer “yes” to the question “Did you look for work?”

The X – along with the additional eligibility requirements for Federal-State Extended Duration Benefits, or Fed-Ed extension – means a claimant must provide the following information for potential employers contacted each week:

I wish there was buried booty where X marks the spot, but there is not. Where the X marks the spot are renewed feelings of failure, demoralization and concern for what the future may bring. It brings crashing down the house of cards that is the UI stopgap measure.

Here’s a sidebar to this whole thing. My latest continued claim form arrived last week, which was followed earlier this week by a form letter informing me of the number of employer contacts I needed to make each week – three.

The problem: The second form arrived too late for me to make adjustments for the first week, a week in which I applied for one job, but had a couple of phone interviews. The “three employer contact” rule seems reasonable – my personal goal each week was to apply for at least five jobs – but out of fairness to the claimant, the information should come along with the continued claim form.

I tried calling EDD to address my concerns, but calling the toll-free number led to a recorded message that provided another toll-free number, which led to another recorded message, that provided the first toll-free number. That, my friends, is a bureaucratic merry-go-round. There were no obvious options to be directed to a live person – although I since have been told that I should have dialed the first number and punched in 0 for an operator – so I went to the EDD website and used their online “Contact EDD” form.

I’m not sure, but EDD may have outsourced their reply services because the reply I received the next day was very nearly nonsensical. I asked several specific questions and received in reply: “Your feded [sic] claim was filed effective 09-XX-10 employers: on newpapers [sic], word of mouth, net working [sic], t.v., radio from friends and relatives maybe some of the source Good luck Thank you kindly.”

The reply – who in this country uses “thank you kindly” – failed to answer any of the questions I poised in my email to EDD. I suppose I’ll do the best I can to fill out the form this time around and pray that I am not determined ineligible. If I am determined ineligible, I suppose I could always search for buried treasure. … Now, where did I put that eye patch.

Posted in Economy, Politics and government

In search of pirate treasure on a Maine island

Tales of buried treasure have sparked the imagination of young and old for centuries. The high-seas adventure of boarding a ship or fending off marauders, the clink of clashing cutlasses and the boom of canons, it all stirs excitement in most of us.

Maine’s coast is a tough, rough, rugged fortress of surf-honed granite. It has been a favorite place frequented by pirates, smugglers, bootleggers, and drug mules.

So here is today’s trivia question from DownEast.com about buried treasure.

On what island is Captain Kidd’s treasure reportedly buried?

Jewell Island in Casco Bay is most commonly mentioned as the pirate’s hiding place, but before he was hanged he gave his wife a piece of paper with the numbers 44-10-66-18, which have been interpreted as the latitude and longitude of Deer Isle. Richmond Island and Squirrel Island have also been mentioned.